Together with Viktor Miruchna, we explored 3D gaze interaction in virtual reality and built a head-mounted display (HMD), similar to the Oculus Rift. As an additional feature, our HMD allows for binocular eyetracking. Thus, it can estimate in what direction, and at what depth the user is looking. The cameras are not directly pointed at the eyes. Instead, we capture the eyes through a hot mirror and through the vision lens of the HMD. Thus, the cameras are invisible to the user and do not interfere with the users’ field of view.

The following video illustrates the basic concepts of the device. The screen is observed through the lens and the hot mirror. Here, the camera is attached on top of the lens, capturing the eyes through the hot mirror and an IR pass filter. IR LEDs attached to the left and right of the lens illuminate the eyes. We apply a basic tracking algorithm to track the pupil. 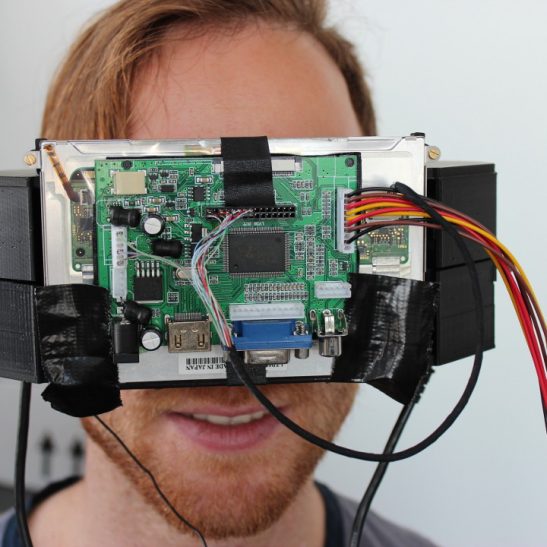