The project with Nina Valkanova allows for a great and novel way of urban participation: passers-by get the opportunity to place a vote on local topics by performing body gestures in front of a large public display installation. 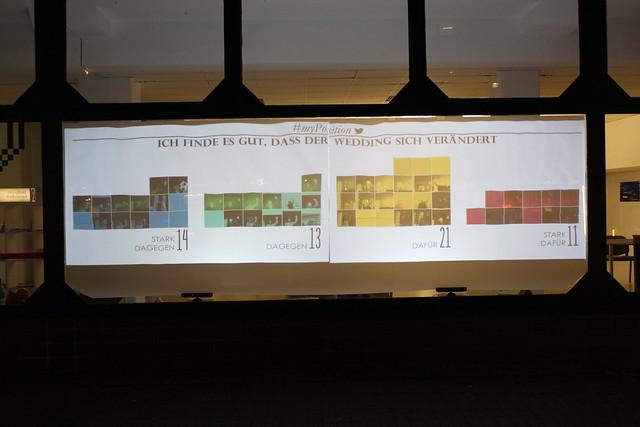 MyPosition is an interactive urban facade, which represents a collective visualization of citizen opinions. It was integrated in the architectural and social fabrics of several local communities in Berlin and aims to enable them to easily participate, come into dialogue and reason on local civic issues and challenges.

Based on an intuitive and funny-to-use body-interface, the reactive visual facade attracts passers-by, who can approach and express their own civic position on a given topic by positioning themselves along the facade. At the same time, the facade displays a playfully visualized collection of opinion “shades” of other citizen and thus represents a collective urban communication platform, which can serve as a feedback tool between local communities, the media, and the city, and beyond.

Results of this project were published at CSCW 2014: